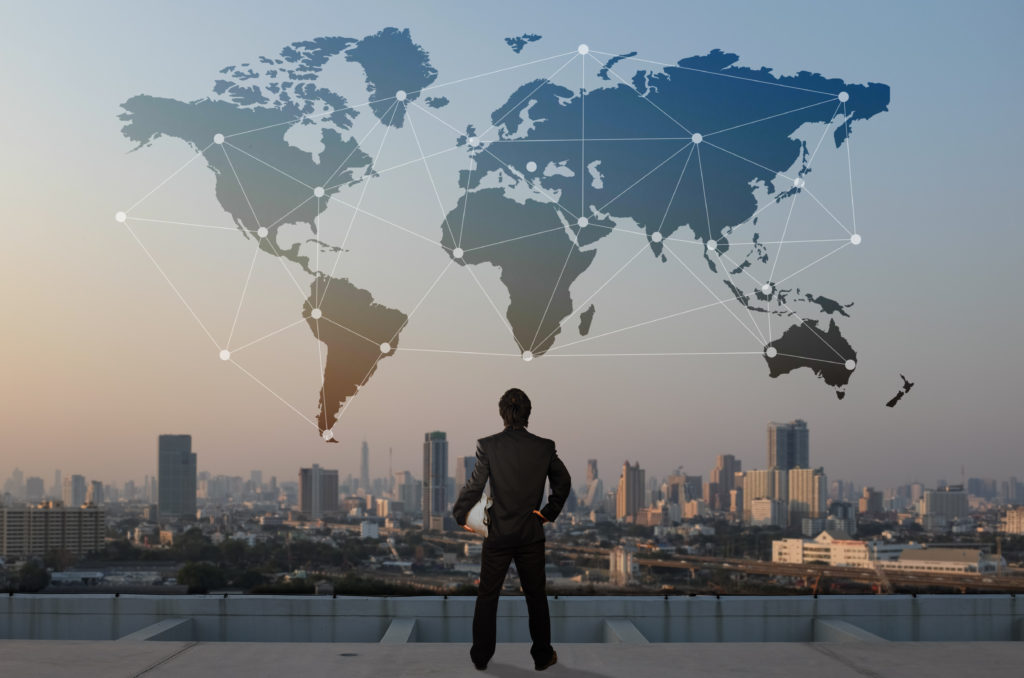 Minimultinationals Chapter 02: It’s All Taxable to You

All of the profits generated by a minimultinational enterprise will be exposed in real time to the U.S. tax system. Chapter 2 explains why.

We will talk about how the U.S. taxes those profits in future installments of this book. Different business structures have different tax results.1

Let’s recap. A minimultinational is a small business that:

Who this is for?

This series is for owners of minimultinationals. American entrepreneurs.

What question does it answer?

“What business structure should I choose in order to minimize U.S. tax?”

All your profit are belong to U.S.3

No matter how you set up your business—corporation, partnership, LLC, or sole proprietorship—its foreign-generated business profit will be taxable to you in the United States in the year that it is generated:

Reality: foreign profit is earned directly by a U.S. person

It’s easy to see how the U.S. has the right to tax income actually earned by a U.S. person. I receive a salary, so I pay tax on it. A U.S. corporation sells a product (to anyone in the world), so it pays tax on the profit.

This is you, as a human, doing business. You live in Burkina Faso and provide a service or sell a product to someone in Burkina Faso. In tax jargon, you are a sole proprietor. Your Burkina Faso business income will show up on your personal U.S. income tax return (Form 1040), via Schedule C.

Choice: you choose to make the foreign profit be taxable to a U.S. person

Doing business as a sole proprietor is probably a bad idea for a variety of practical reasons. So is trying to conduct business operations abroad using a U.S. corporation. Good luck getting a business bank account in Burkina Faso for your Illinois corporation. 🙂

Usually, you will want to set up a local business entity—a corporation, typically—where you are living and doing business. Even if you use a foreign corporation, you can choose to make its business profit be taxable directly in the United States. Here are two strategies for doing that.

The U.S. tax result is exactly the same as the sole proprietorship: the Burkina Faso corporation’s net income is reported on your personal U.S. income tax return (Form 1040) via Schedule C.

Now the foreign corporation is like a dual-citizen individual.

Let’s take our average American entrepreneur: a U.S. citizen living abroad decides to start a normal business and, like everyone else, forms a corporation in that country through which to do business.

There are only two types of income that this foreign corporation can earn:

Except for situations you can probably ignore, all of the foreign corporation’s profit will be reported—somehow—on an American income tax return.7 Active or passive. It doesn’t matter.

Not that it matters for this discussion, but I want to throw a couple of pictures at you, just because there are eight basic structure choices for a minimultinational, and these are the final three.

There are two fictions that make business profit earned by foreign corporations (or the variants I described above) taxable to the U.S. owners:

You live in Burkina Faso. Let’s make your business as local as possible: you form a corporation and set up shop to provide business consulting services to local companies.

The United States government claims the right to tax your foreign corporation’s business profits, even though the business has no contact with the United States — except for you and your U.S. passport.

But that’s how it works

The U.S. does not have the power to directly tax a business operating in another country: international sovereignty still means something. Just like your local drug dealer jealously guarding his turf, governments jealously guard their right to extract revenue from people and businesses on their turf. With bullets, if necessary.

But the U.S. does have the power to tax you—the U.S. owner of a foreign corporation—by wielding the usual “Your money or your life” threat.

Federal law contains two rules that create “let’s pretend” income for you (even if you receive no cash). On which you will pay very real U.S. income tax, or go to jail. Your money or your life, indeed.

The two “let’s pretend” categories of profit are:

In Ye Goode Olde Days™ the categories mattered more, because active business income did not get taxed until you paid the money from the foreign corporation back to the U.S. That’s more or less gone away now, effective January 1, 2018. Now everything (for certain defined values of “everything”) is taxable.

Your foreign corporation owns a warehouse. It uses half of the warehouse for business operations, and rents out the other half to a tenant. The rental income is Subpart F income.

The definition of “Subpart F income” is actually broader than this. There are other types of income that are tied to Clever Lawyer Tricks™ or specific types of business operations (shipping, oil and gas, etc.). This falls into noise category.

The usual “exceptions exist” caution should be remembered. But for strategic tax decision purposes, assume that no exceptions apply to you.

One deceptively attractive exception says that a certain amount of the foreign corporation’s net profit will be tax-free.

For you math fans, here’s how it works:

Your foreign corporation has a factory full of machinery, and the depreciated basis of the machines is $1,000,000. Ten percent of that is $100,000.

You may (after a lot of “what if?” and “but” and “except for” hurdles) be able to take up to $100,000 of your foreign corporation’s active business profits tax-free.

In real life, I don’t think this exception matters for minimultinationals. If you are General Motors and you have a manufacturing facility in Brazil with hundreds of millions of dollars of equipment, the numbers might look good. General Motors might be able to take home a bunch of Brazilian profit tax-free.

Or if they have assets, they are intellectual property rather than hard assets: machinery, buildings, etc.

This means that minimultinationals are unlikely to have much of their active business profit be treated as tax-free. If the total depreciated basis of assets is zero, the math is clear: zero x 10% = zero.

Passive or active: it’s all taxable

Thus we can see that the tax rules for foreign corporations are simple: it doesn’t matter whether its income is passive (rental income, etc.) or active (selling things to customers at a profit). You, the shareholder are going to be taxed on the foreign corporation’s profit.

How hard would it be for you, American entrepreneur, to go and generate $100,000 of profit instead? One new customer? One new product? One improvement in operating efficiency?

Keep it simple. Stick to your knitting.

Summary and Next Time

In this chapter we talked about how foreign business profit inevitably hits a U.S. income tax return somehow. Here is the handy-dandy summary in table form:

Next up: how that business profit is taxed

In Chapter 3 we will start to talk about how the foreign business profit is taxed in the United States under all of the eight business structures described above.

Join more than 3500 subscribers and get exlusive weekly information.